✈Free worldwide shipping on all orders

🔥 All products are guaranteed authentic! — Free worldwide shipping on all orders.

Do you feel your child is getting bullied but hiding it from you? Or is your child a bully, and you don’t know? Both are the worst cases for a parent, and one should know how to deal with child bullying. Bullying is prevalent among school children. All of us, at some point in our lives, experienced harassment or bullying. Bullying causes detrimental health effects, like self-abuse, depression, and suicidal thoughts. It deeply scars a child mentally and psychologically. For the ill-effects that bullying has on society, all schools in the USA have to abide by a bullying prevention policy. However, a mere policy is not enough to tackle this widespread issue. To curb bullying, governments need to reform the school climate and elevate empathy-building activities among children. Schools need to foster a positive environment, spread awareness, and promote empathy among children.

Bullied children avoid sharing personal experiences. They do not like bringing up the subject with anyone, as it makes them revisit those feelings of fear and humiliation. Schools should provide relevant resources to caregivers, teachers, and parents to create awareness. Most children lack knowledge about dealing with a bully and who to reach out if they feel threatened. There are many children out there who have yet to cross paths with a bully. However, they should also know how to deal with child bullying. To understand the concept, first, we need to learn what bullying is.

Bullying is a repetitive, intentional act or behavior to show aggression, power, or frustration. It has many forms, such as passing sexual comments, harassment, hitting, and teasing. It is rife among school children, starting from primary going up to elementary and teenaged kids.

It usually involves getting attacked or injured. Bullies like to exhibit their strength by causing physical harm, either by pushing, biting, slapping, or ill-treating personal things. Foul-gestures are also part of physical abuse.

Verbal bullying refers to written or said rude things, usage of abusive language, and swear words. It consists of verbal threats to intimidate the other, bad-mouthing, cursing, taunts, yelling, making sexual jokes and remarks in public or private.

Cyberbullying is harassing through digital means, social forums, calls, text messages, or emails. With the increase in technological use, children are more prone to cyberbullying. These days’ keyboard-warriors can be found in every nook and cranny, ready to take on every weak opponent. Cyberbullying involves making fake profiles claiming to be someone else, morphing pictures and videos, misusing personal information, sharing harmful information about someone else to cause humiliation.

Social bullying is about playing havoc with a person’s rapport or image through;

What causes a child to become a bully?

Kids become bullies for disparate reasons. Some children target kids based on prejudices against race, ethnicity, or religion. Also, it might be an attention-seeking stunt to feel in power, to feel superior. Some kids enjoy pulling pranks and making fun of other kids, lacking empathy. Some bullies believe others rightly deserve to be treated this way and feel a sense of relief to humiliate others.

The effects of bullying are skin-deep, making it hard to detect, especially if there is no verbal confession from your child, any physical harm, or behavioral change. Your child may seem OK and not show any warning signs. Experts have stated that children face severe mental and physical health issues due to bullying. But parents can look out for these red flags when it comes to dealing with child bullying;

Once you suspect that your child is experiencing harassment at school, try to make small-talk with your child and bring up the topic. Teach your child to hold his ground and stay determined. Guide him on how to handle the situation and when to inform an adult.

Is your child a bully?

A bully has prominent behavioral problems. some of them are listed below;

If you find out that your child is a bully, first and foremost talk to his teachers to know if they are aware, check on his friends and what company he keeps, and most importantly, take out time each day to hear him out, listen to his problems and issues bothering him. Positive reinforcement proves to be better in dealing with children with behavior problems. Even after all these efforts, if your child continues to be a bully, it is best to involve a qualified professional to know any underlying issues and learn how to deal with child bullying.

Some children hesitate to share their bullying experiences to avoid revisiting the memory, are anxious that their parents wouldn’t believe them even if they told them. Others think their parents would force them to confront their harasser.

Parents should help their child build self-confidence by role-playing as a bully, while the child can practice responding. Remember, you don’t harass or abuse your child, so they get hurt in any way. These role-play aims to teach them empathy and make them realize how a child gets bullied feel. Take out time each day to have a one-on-one conversation with your child about things at school so that he learns to confide in you about stuff on his mind.

It all comes down to how a parent helps the child deal with the ill-effects of bullying and stand up for himself. Also, teaching the importance of taking timely action when he feels harassed or threatened or sees the same happening to anyone else. Also, to never hesitate in taking help from an adult to intervene when a situation calls for it. A parent should know how to deal with child bullying to make their child feel safe. Remember that you are raising future leaders and should help your children build confidence. 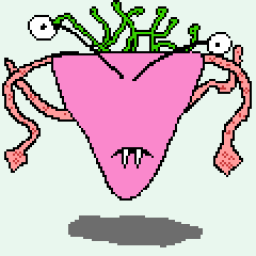 Saima KausarA passionate writer, and a mom of two. She has been a part of a number of parenting training and workshops, now she wants to share her knowledge with the world.
Posted in:
Blog

Offered in the country of usage